I’d often heard about Cacao ceremonies while I lived in Byron Bay so I was keen to check one out here in Sydney.

In case you don’t know, a cacao ceremony is a kind of meditative dance where you drink pure cacao, dance, meditate and connect. It’s been around since the ancient Mayans and Aztecs and has now become a bit of a trendy and healthier alternative to partying. When you consume high-quality raw cacao it causes a release of mood enhancing neurochemicals, increased blood flow to the brain, heightened sense of focus and intensified sensations. Basically it’s for people who no longer want to have alcohol or drugs the central focus on their night but still want to party, dance and connect.

I am very intrigued by the idea of sober partying and connecting. Mostly because I know and love many people who have struggled (or are struggling) with substance abuse. I have also read quite a few memoirs and biographies on the subject, Dry by Augusten Burroughs is a great book about alcoholism. It’s made me aware of how alcohol in particular is a central focus of socialising. After work drinks or meeting for a beer is so commonplace. Sitcoms and popular television shows exacerbate this by having most big social interactions take place in a pub. I feel for people who have addictive personalities but who still want to party and dance yet can’t find a place without these temptations. Not only them but also people who don’t drink because of their religion, or because they want to give their wallet a break without missing a fun night out. Whenever I hear about events that seem fun and casually note that they are drugs and alcohol free (ones that don’t sound preachy or biblical) I want to support them.

So the other day while scrolling through facebook I noticed an event called “Awaken: Full moon Cacao Festival, Bondi Beach.” I figure if you’re going to do a western version of a cacao festival, might as well to do it on Bondi beach. So I called my two free-spirited girlfriends, a Californian and an Aussie, and asked if they wanted to go. After a few hums and haws and imagining a quiet room with chunks of chocolate being ominously passed around, they agreed.

We met up downtown in the CBD on Friday after work and took the train to Bondi. When we arrived we were greeted by a shirtless man wearing an Indian headdress and a tribal painted face. We got our stamps and headed upstairs. There was a variety of typical yogi foods for sale (Daal, bliss balls, raw food cake) and warm smiles everywhere. We stepped out on the patio which overlooked Bondi beach. I leaned on the ledge as I scanned the shore, taking in the beautiful scene before me. The sun was setting and the sky blushed a faded pink. A live band played an acoustic version of “Is this Love?” by Bob Marley so we put our purses to the side and danced to the music.

I like the feeling of these kinds of environments, everyone was warm and friendly and open for a conversation. There were young kids and older couples, there were those in tribal costumes and feathery headdresses, and then there were the young and the curious. At 9pm we were told the ceremony was beginning so we all made our way to the next room. An older man with long hair and hemp pants lit sage and wafted it before each person entering the room. I smiled and nodded at him before entering and he beamed back at me. We were handed a cup of cacao and told to wait until we were asked to drink it. Quietly, we took a seat on the floor. When everyone was seated two women on the stage began to speak. They guided us through a meditation and allowed us to set an intention before entering our blissful state of cacao glory. I made the intention to stay present, to not allow my mind to wander to the past or future, but remain here and now. I then started to get excited about what kind of experience I had fallen into, would I start hallucinating? Is this actually poison and will it be the perfect cult classic Jim Jones murder? After a few oms we held our glasses up together and were told to slowly sip this magical cacao potion, tasting every single molecule in our mouth. Once we finished we passed our cups to the side and a tribal song slowly came on as two belly dancers pulsated throughout the room, eventually making their way to the stage where what seemed like a promotional tourist video of the Amazon rainforest played in the background. It made me want to travel again, to leave it all behind and disappear in a forest and climb mountains. I remembered my intention and guided my mind back to the present. The music started to get louder and louder as the lights faded out becoming replaced by black UV lights. Only our white clothes and body paint were visible as we all started clapping loudly and one by one people started to stand up and dance. We rose and chimed in with the rest of the room. I clapped and danced, waiting for the cacao to fill my veins and the pink elephants to morph out of the feathery headdresses.

Then….. nothing happened. The cacao had absolutely no affect. Trance music thumped loudly and people wriggled and bounced around as if they were on Ecstasy. We danced until the heat drove us outside on the patio to take a breather.

We ended up slipping away to walk along the beach and dipped our feet in the ocean. Although it was great to see people let themselves loose and allow the music to run through them without the aid of alcohol, it wasn’t entirely my scene. I’ve never been the biggest fan of raves or trance music to begin with. However I loved the start of the night with that raw, acoustic music and real life musicians playing. And the cacao, well, it was like cold chocolate milk.

Overall, it was a pretty cool alternative to a reckless, drunken night out. It was great to see the crowd of people it brought together and that warm feeling of community. It’s cool to see how valued these sorts of things have become.

So if you every find yourself in a situation where you get invited to a Cacao Ceremony. I say go for it. Try it out. Dance and have fun. It may be all in our heads, but I guess everything is anyway. 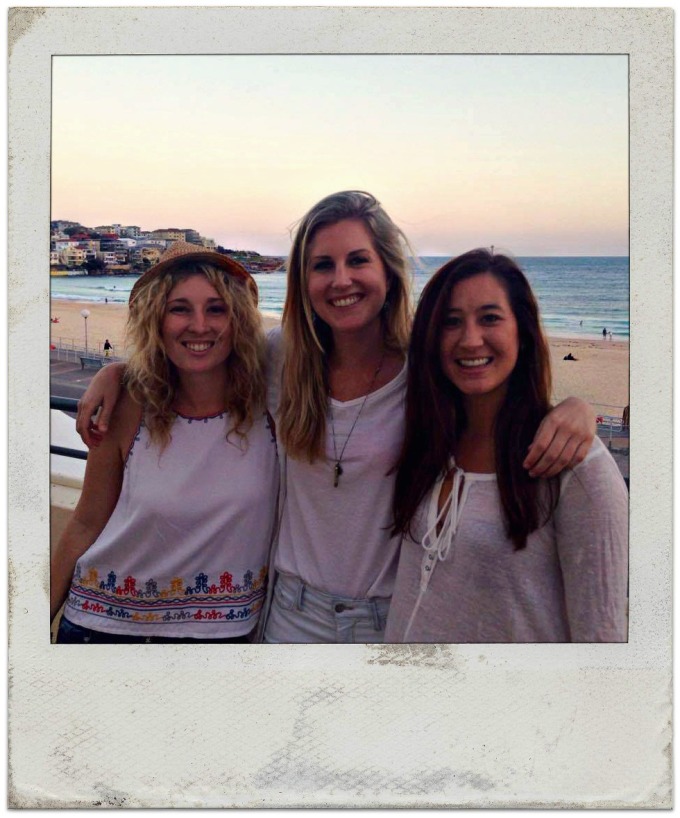